See the latest dragons added to Dragon City!
Most new dragons will be available in events
All new dragon images will be updated directly from the game here. If you want to see more detail and more image, click on each dragon

Why are some images for new Dragons missing??

How often are new dragons scanned?

We scan the server files for new dragons once a day this means that for every day, we check yesterdays dragons, and which ones are new for today Social point is regularly adding new dragons as rewards for upcoming events

How many new dragons are shown here?

We only show dragons that have been added to Dragon City in the last 30 days. if you want to see when other dragons are released, try searching for them using our search feature!

What new dragons can we expect in the future?

We don't really know which dragons are coming out until they are added to the game files at ditlep, we only add new dragons to our site that are added by developers into the back end of Dragon City

What if a dragon gets updated in the future?

Lets say Social Point decides to change an existing dragon If they change the elements, then it will not be considered a new dragon. However if they rename a dragon - it may show up on this list as a new dragon 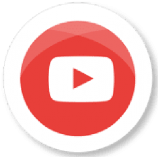 This page is not affiliated with Dragon City, or SocialPoint SL. Copyrights belong to their respective owners